Awareness and treatment of prostate cancer is highly variable between European countries and within countries. Europa Uomo mounts campaigns and talks to politicians in Europe to raise their awareness of the issues and impose standards.

Men and their relatives need to be made aware that prostate cancer exists and that curative treatment is possible, especially when detected at an early stage. 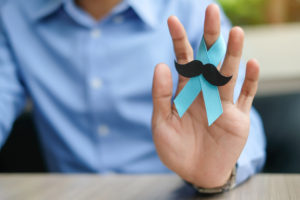 The best outcomes for men with prostate cancer are associated with treatment in a cancer centre with a multidisciplinary approach. Studies have shown that the extent and severity of treatment side effects of treatments are closely related to how much a surgeon or radiotherapist has had.

We expect cancer centres to measure the patient-related outcomes and make them freely accessible to patients.

There have been several initiatives to establish prostate cancer centres in Europe. Germany for instance, has developed its own requirements. Europa Uomo recognises that there will be different structures required according to the legal and administrative provision in each country. Europa Uomo set up the Prostate Cancer Units Network, along with the European School of Oncology.

Recent years have seen considerable growth of knowledge on how to apply active surveillance safely. Generally, there is a belief that this treatment can be valid for up to 30% of patients – those with low or intermediate risk.

Read our resources on active surveillance.

Access expert opinion on AS from Europa Uomo webinars

Read the latest guidelines from the European Association of Urology

Read the Chairman's statement about priorities for prostate cancer in Europe