Europa Uomo Slovakia (EUS) has joined with the Slovak Urological Society, the League Against Cancer and Janssen to organise events. EUS representatives are pictured above receiving a €5,000 donation from Janssen. On 10th November, EUS held an official press conference attended by the Minister of Health and around 20 media representatives. Another benefit event is planned for 25th November.

The Finnish patient organisation, Propo, is holding a candle demonstration at the Finnish Parliament on 17th November, calling for the fast introduction of a new national screening programme based on PSA testing and MRI scanning.

In Sweden, the prostate cancer association Prostata­cancerförbundet is again running its “Mustaschkampen” campaign, raising money for the Prostate Cancer Foundation in Sweden.

In October, Europa Uomo Cyprus, in collaboration with the German Oncology Centre, held a successful bike tour with participants cycling 105km in mountainous Limassol, with a “Great Bicycle Ride” next day attracting more than 1,000 cyclists in Limassol. Then, to mark "Blue November", it held a three-day National Cycling Tour in collaboration with the KMeaters Cycling Team. The cycling route across Cyprus highlighted messages about prevention and early diagnosis of prostate cancer. 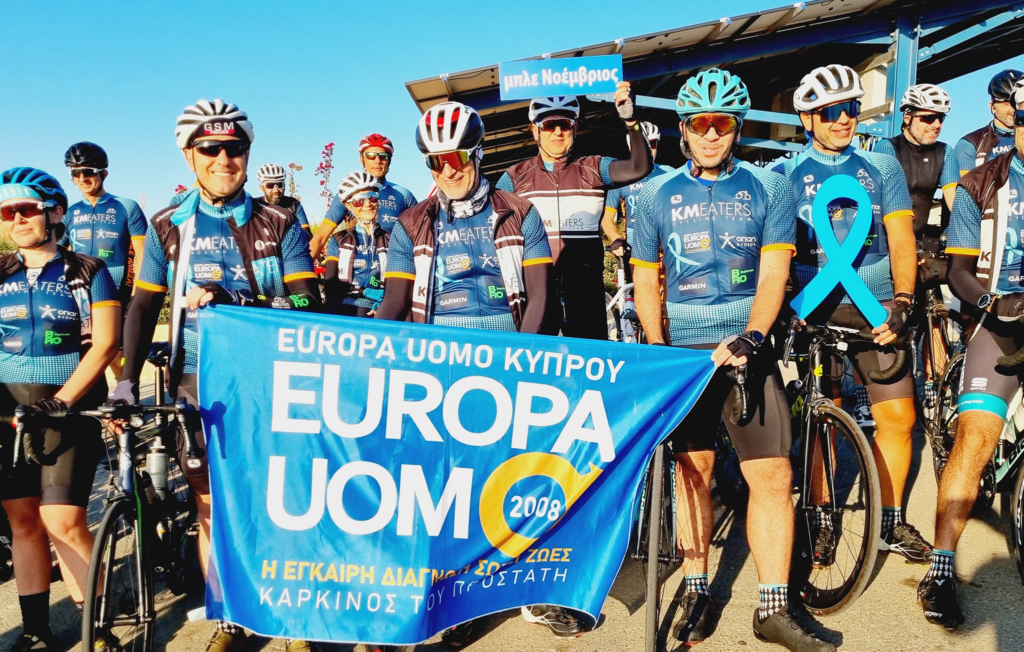 Fears that prostate cancer early detection proposals are being ‘diluted’

Raising awareness at barber shops, beaches and on boats

Early detection needs to be a priority, says cancer commission

All to raise funds and awareness...